Can lack of proper sleep can put you at risk for a number of negative consequences including packing on belly fat?

Well, don’t lose sleep about it but, apparently YES!

Check out the facts from this excellent article from WebMD

What type of sleep should you be getting and why…..

The two main types of sleep are rapid-eye-movement (REM) sleep and non-REM sleep.  During the night, sleep patterns repeat cyclically, moving sequentially through four stages of non-REM sleep, each of which is followed by REM sleep.

REM sleep, which is about 20% of total sleep, initially lasts about 10 minutes and lengthens with each subsequent cycle, lasting up to an hour in the last phase.

During REM sleep the eyes move rapidly back and forth and the body’s muscular contraction activity is minimal. Keenly remembered and very visual dreams occur during REM sleep. Heart rate and blood pressure increase, while breathing rate becomes irregular and shallow. Interestingly, REM sleep increases when people are learning a new task, and REM sleep deprivation will interfere with the learning process.

During non-REM sleep, dreams are less emotional and there are fewer visual-impression dreams than during REM sleep. Stage 1 of non-REM sleep is the transition to sleep, which lasts about 5 minutes. This often feels like going in and out of sleep. Stage 1 is also when sleepers experience sudden, jerky movements or muscle twitches, referred to as hypnic myoclonic jerks .

Stage 2 of non-REM sleep lasts about 10–25 minutes. During this “light sleep” stage, heart rate slows down, body temperature decreases and brain wave activity slows down as the body prepares for deeper sleep.

Stage 3 of non-REM sleep is often referred to as the first stage of deep sleep. It is during this stage that it is difficult to wake a sleeper, and if awakened, the person will feel disoriented for several minutes. During stage 3, brain wave activity alternates between slow- and fast-wave activity, and blood flow goes to parts of the body needing restorative function.

Stage 4 is the deepest state of sleep. Brain wave activity is mostly delta waves, which are the brain’s slowest-frequency waves (beta, alpha and theta are the other wave categories). 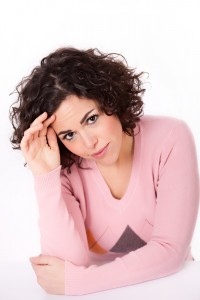 How much sleep do I have to miss to become sleep deprived?

Most adults average about 7–8.5 hours of sleep each day (Alhola & Polo-Kantola 2007).  These researchers also add that sleep serves as a restorative process for energy resources, tissue recovery, thermo-regulation and cognitive function. Sleep deprivation, which can be either acute or chronic, is the condition of not having enough sleep.

Chronic and acute sleep deprivation negatively impact thinking and learning. There is a loss of attention and alertness, which involves a series of lapses or slowed responses, leading to waking-state instability in several cognitive processes, such as working memory (the temporary retention process of holding several pieces of information together in order to solve a problem or do a task) (Alhola & Polo-Kantola 2007).

Sleep loss appears to affect some aspects of cognition more than others. For instance, creative and innovative mental processing appear to be much more negatively impaired than decision making and planning.  It has also been observed that acute sleep loss can also impair reaction time, memory assignments, visuo-motor skills and reasoning skills.  Another study found that vehicle accidents peak between 2:00 and 6:00 am, when drivers are more likely to be suffering from acute sleep deprivation (as well as other conditions such as alcohol and drug use). 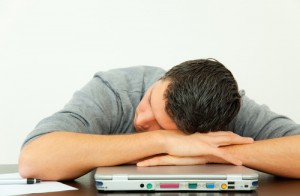 Cardio-metabolic disease is a cluster of health abnormalities that include insulin resistance, hypertension, atherosclerosis and abnormal cholesterol—conditions that predispose a person to type 2 diabetes and cardiovascular disease. In reviewing the research, several studies found that people who get less than 6 hours of sleep a night have a higher association with having or getting these serious maladies.

Chronic sleep loss will activate the body’s sympathetic nervous system, which can lead to increases in blood pressure and cortisol secretion. Cortisol has been shown to stimulate appetite and activate lipoprotein lipase, the enzyme that facilitates the deposition of fat, thus leading to weight gain, particularly around the mid-section.

Alhola & Polo-Kantola add that chronic sleep loss may impair immune function as well. The immune system has many different types of cells and proteins designed to protect the body from foreign substance invaders, such as colds and the flu. However, with sleep deprivation the immune system may function improperly, making the body more vulnerable to these ailments.

The importance of quality sleep should be part of our total health plan- it is an essential part of your optimal health. Good sleep can help you  solve problems, be innovative and creative, cope successfully with stress, impede the onset of weight gain and be more alert and productive during the waking day.  And oh yes, avoid that muffintop and the need for a girdle! 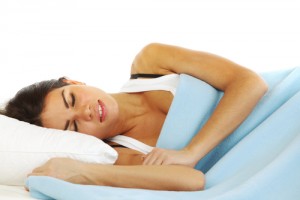 1. Will getting 1 hour less of sleep per night affect daytime functioning? Yes, it will compromise a person’s thinking and responding abilities, in addition to impacting cardiovascular health, energy balance and immune function.

3. How long does it take to adjust when switching to a night-shift job? About 1 week.

4. What is the cause of excessive daytime sleepiness? In addition to self-imposed sleep deprivation, insomnia is a main cause of daytime sleepiness. Other causes include some sleep disorders, such as sleep-disordered breathing (apnea), restless leg syndrome and narcolepsy (a neurological disorder characterized by disabling sleepiness).

5. Can you make up for lost sleep during the week by sleeping more on the weekend? Not a good strategy, although many people take this approach. Sleeping later on weekends will affect your sleep-wake cycle and potentially make it harder for you to go to sleep on Sunday evening and to get up on Monday morning.

6. Are there differences in sleep disturbances between men and women? Yes, women of all ages report more sleeping problems than men.

7. What happens to sleep patterns as a person ages? Sleep efficiency and slow-wave sleep decrease with age (≥52 years). A person’s circadian rhythm (the body’s 24-hour cycle for biochemical and physiological processes) also alters, which may hinder sleep. 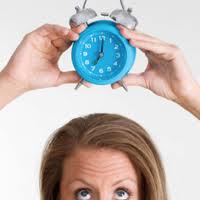 8. Will caffeine intake affect sleep? Caffeine (found in soft drinks, coffee, tea and chocolate) alters chemical reactions in the brain, causing those who consume it to feel more energetic and alert. It may delay sleep onset, reduce total sleep time and decrease the overall quality of a person’s sleep. However, such alterations depend on the time of day the caffeine is consumed, the amount consumed and an individual’s sensitivity to caffeine.

10. Are short naps beneficial after a night of sleep loss? Yes, a short nap (<15 minutes) in the mid-afternoon after an evening of restricted sleep will result in fewer major and minor driving accidents. This has been demonstrated in car-driving simulator studies.

Have you gotten the picture yet?  There really is no substitute for sound sleep- and enough of it.  So shut down the computer, turn off the TV, shut the curtains, curl up with a good book and drift off into lala land.  You deserve a great rest!  And a flat stomach!